Welcome to the April 2021 newsletter and retrospective.

Not much to really talk about since most of it was covered in my other newsletter earlier this month. Will discuss my view on a Discord server, genre of the webcomic and other ramblings.

In the last newsletter, I managed to finish a lot of tasks which included finishing the Part 1 intermission and starting to upload Part 2. I didn’t really do too much since then (well, the period is pretty short), but to keep things structured, I will just kind of reflect and list accomplishments for the remainder of the month.

Only real accomplishments was uploading a few pages, the cover (which I finished last month) and uploading a new episode to WebToon and Tapas. I always get some nice comments 🥰 I appreciate the people who take the time to comment on my webcomic. My webcomic is still very small audience wise, but had some really chill people reach out to me on Discord and chatted up with me.

I see many creators having their own Discords and interacting with their fans. I would love something like this, but fear my following is so small and either no one would join or just a ghost town. I did try to open my own Discord server about a year ago and 1 person joined. It was just kind of embarrassing and fed to my toxic mindset of ‘no one reads my comic’ and just deleted it. Maybe in the future I will open one is people ask for it, but probably unlikely for now.

Ever since my meltdown in January, I tried to not look so closely at the numbers and celebrate the small things. There is definitely a lot more I could do to promo my webcomic/myself more, but it will take time. I feel I am just finding my webcomic style and starting to get the plot of the story rolled out. I also had some doubts about how to genre my webcomic. I have always advertised my webcomic as a boys-love (BL) webcomic, because there is just going to be a lot of male fanservice and pretty much all the main characters are in relationships with other men. The plot, however, does not revolve around a relationship and there is definitely no explicit scenes later on. Sadly, I think western BL webcomic just have the reputation of being purely about a gay relationship and a lot of fanservice and sexual scenes. That’s not the story I want to tell; I want to tell a story where the characters are gay, but the story itself is something completely different. It’s definitely a fantasy, but I think there is a lot of darker content in it that moves it closer to a horror. The horror genre is really niche and hope that the horror+BL combo will be something fresh albeit not so popular. It’s just something I’m going to have to accept as my art and story telling is average at best and I don’t really have a following on my twit/insta that suggest my webcomic should be more popular than it is.

Is my comic really horror? I like to think it is. So far, the only horror element in Surreal’s Archive is Siv’s face. There will be scenes that are comedic and romantic, but will that break the immersion? Maybe a little for some people, but I’m hoping my pacing will help this. I tried to think of what a good comparison of an existing horror-esque genre that could be similar for the mood I’m trying to capture. Higurashi When They Cry is probably the best comparison I can make. Where they have fun scenes at the beginning of the series, but as the story goes on, it gets more sinister. 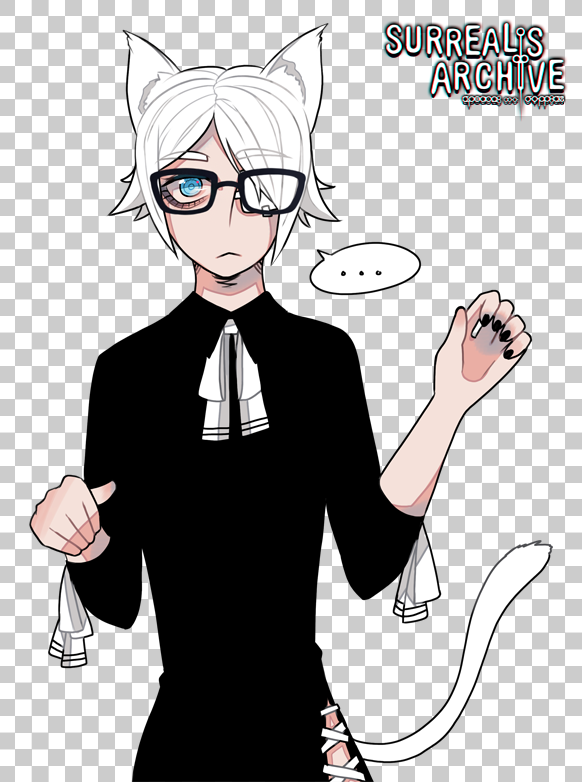 New Stuff for May

That’s pretty much it. A lot of stuff I have planned this month (again), but April I felt like I accomplished so much even though I was distracted by games quite often.

Until next time.
Somber